Difference Between Childish And Child-Like

I, for one, am very amused by children. Of course, I’m also amused by a lot of other things. So I guess simply because I’m amused by something doesn’t make it noteworthy. And yet here I go writing about what I’m amused by. 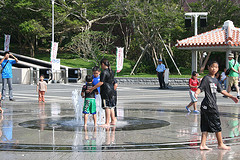 With children, I think that I can break down my amusement to the fact that they are new to the world. They haven’t lived in society for the years and years that adults have. (Of course, that relates to this comment on a previous post.) So for lack of all of those years of social influence, they are new to the world. They aren’t jaded because everything is fresh. The ocean is huge, the mountains so tall, and everything is worthy of a question. And in addition to that, they are much more free about doing and saying things. That is, they aren’t inhibited because they don’t even know that they should be inhibited. So they’ll run and have fun, pick their nose when they feel a booger, and say what they think about people. Even when it’s inappropriate.

While I’m amused by all of this, it’s also likely because I don’t have to deal with my own children. Because…I don’t have any. Yet. Haha but really I’m positive that it can get old to parents when their kid(s) are acting up endlessly. Oh boy I can’t even imagine! 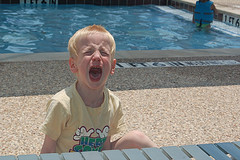 And while I enjoy this child-like charm, (as the title suggests) I don’t actually like it when people are acting childish. What’s the difference? Well in my terms, childish usually applies to those traits of children that are very undesirable. I think of things like throwing temper tantrums, being self-centered, not knowing when to be serious, and other such pleasant attributes. And while children obviously do this, I think that I’m even more turned off when I see it in people that should know better: adults.

In them, I find it to be such a turn-off. And I’m not just talking about in girls. When I meet a guy that acts childish, I’m almost immediately turned off to ever wanting to be friends with him. Childishness just shows (to me) a lack of maturity that is more and more exaggerated the more I’d expect them to be mature. They say that with age comes wisdom, but that, unfortunately, isn’t true for everyone.

So it all comes down to this: I want to continually be child-like and grow to never be childish!